In mythology, the rise and fall of great empires depended on the strength and cunning of one’s armies. The great generals of the Roman Empire worshipped at the temple of Mars, the god of war, before decisive military campaigns. The legendary exploits of Thor inspired the Vikings into heroic battles. The ancients built huge temples and monuments dedicated to the gods, commemorating victories in battle against their enemies.

But when we analyze the actual rise and decline of great civilizations, we find an entirely different story.

If you were an alien from Mars visiting earth in the year 1500 and viewed all the great civilizations, which would you think would eventually dominate the word? The answer would be easy: any civilization but the European one.

In the east, you would see the great Chinese civilization, which had lasted for millennia. The long list of inventions pioneered by the Chinese is without parallel: paper, the printing press, gunpowder, the compass, etc. Its scientists are the best on the planet. Its government is unified and the mainland is at peace.

In the south, you have the Ottoman Empire, which came within a hairbreadth of overrunning Europe. The great Muslim civilization invented algebra, produced advances in optics and physics, and named the stars. Art and science flourish. Its great armies face no credible opposition. Istanbul is one of the world’s great centers for scientific learning.

Then you have the pitiful European countries, which are racked by religious fundamentalism, witch trials, and the Inquisition. Western Europe, in precipitous decline for a thousand years since the collapse of the Roman Empire, is so backward that it is a net importer of technology. It is a medieval black hole. Most of the knowledge of the Roman Empire has long since vanished, replaced by stifling religious dogma. Opposition or dissent is frequently met with torture or worse. Moreover, the city-states of Europe are constantly at war with one another.

Both the great Chinese and Ottoman empires are entering a 500-year-period of technological stagnation, while Europe is beginning an unprecedented embrace of science and technology.

Beginning in 1405, the Yongle emperor of China ordered a massive naval armada, the largest the world had ever seen, to explore the world. (The three puny naval ships of Columbus would have fit nicely on the deck of just one of these colossal vessels.) Seven massive expeditions were launched, each larger than the previous one. This fleet sailed around the coast of Southeast Asia and reached Africa, Madagascar, and perhaps even beyond that. The fleet brought back a rich bounty of goods, delicacies, and exotic animals from the far reaches of the earth. There are remarkable ancient woodcuts of African giraffes being paraded at a Ming Dynasty zoo.

But the rulers of China were also disappointed. Was that all there was? Where were the great armies that could rival the Chinese? Were exotic foods and strange animals all that the rest of the world could offer? Losing interest, the subsequent rulers of China let their great naval fleet decay and eventually burn. China gradually isolated itself from the outside world, stagnating as the world lunged forward.

A similar attitude settled in the Ottoman Empire. Having conquered most of the world they knew, the Ottomans turned inward, into religious fundamentalism and centuries of stagnation. Mahathir Mohamad, the former prime minister of Malaysia, has said, “The great Islamic civilization went into decline when Muslim scholars interpreted knowledge acquisition, as enjoined by the Qur’an, to mean only knowledge of religion, and that other knowledge was un-Islamic. As a result, Muslims gave up the study of science, mathematics, medicine, and other so-called worldly disciplines. Instead, they spent much time debating on Islamic teachings and interpretations, on Islamic jurisprudence and Islamic practices, which led to a breakup of the Ummah and the founding of numerous sects, cults, and schools.”

In Europe, however, a great awakening was beginning. Trade brought in fresh, revolutionary ideas, accelerated by Gutenberg’s printing press. The power of the Church began to weaken after a millennium of domination. The universities slowly turned their attention away from interpreting obscure passages of the Bible to applying the physics of Newton and the chemistry of Dalton and others. Historian Paul Kennedy of Yale adds one more factor to the meteoric rise of Europe: the constant state of war between nearly equal European powers, none of which could ever dominate the Continent. Monarchs, constantly at war with one another, funded science and engineering to further their territorial ambitions. Science was not just an academic exercise but a way to create new weapons and new avenues of wealth.

Soon, the rise of science and technology in Europe began to weaken the power of China and the Ottoman Empire. The Muslim civilization, which had prospered for centuries as a gateway for trade between the East and the West, faltered as European sailors forged trade routes to the New World and the East—especially around Africa, bypassing the Middle East. And China found itself being carved up by European gunboats that ironically exploited two pivotal Chinese inventions, gunpowder and the compass.

Mastery of the Four Forces

But precisely how did Europe, the dark horse, suddenly sprint past China and the Muslim world after centuries of ignorance? There are both social and technological factors in this remarkable upset.

When analyzing world history after 1500, one realizes that Europe was ripe for the next great advance, with the decline of feudalism, the rise of a merchant class, and the vibrant winds of the Renaissance. Physicists, however, view this great transition through the lens of the four fundamental forces that rule the universe. These are the fundamental forces that can explain everything around us, from machines, rockets, and bombs to the stars and the universe itself. Changing social trends may have set the stage for this transition, but it was the mastery of these forces in Europe that finally propelled it to the forefront of world powers.

The first force is gravity, which holds us anchored to the ground, prevents the sun from exploding, and holds the solar system together. The second is the electromagnetic force, which lights up our cities, energizes our dynamos and engines, and powers our lasers and computers. The third and fourth forces are the weak and strong nuclear forces, which hold the nucleus of the atom together, light the stars in the heavens, and create the nuclear fire at the center of our sun. All four forces were unraveled in Europe.

Each time one of these forces was understood by physicists, human history changed, and Europe was ideally suited to exploit that new knowledge. When Isaac Newton witnessed an apple fall and gazed at the moon, he asked himself a question that forever changed human history: If an apple falls, then does the moon also fall? In a brilliant stroke of insight when he was twenty-three years old, he realized that the forces that grab an apple are the same that reach out to the planets and comets in the heavens. This allowed him to apply the new mathematics he had just invented, the calculus, to plot the trajectory of the planets and moons, and for the first time to decode the motions of the heavens. In 1687, he published his masterpiece, Principia, arguably the most important book of science ever written, ranking among the most influential books in all human history.

More important, Newton introduced a new way of thinking, a mechanics by which one could compute the motion of moving bodies via forces. No longer were we subject to the whims of spirits, demons, and ghosts; instead objects moved because of well-defined forces that could be measured and harnessed. This led to Newtonian mechanics, by which scientists could accurately predict the behavior of machines; this in turn paved the way for the steam engine and the locomotive. The intricate dynamics of complex steam-powered machines could be broken down systematically, bolt by bolt, lever by lever, by Newton’s laws. So Newton’s description of gravity helped to pave the way for the Industrial Revolution in Europe.

Then in the 1800s, again in Europe, Michael Faraday, James Clerk Maxwell, and others harnessed the second great force, electromagnetism, which ushered in the next great revolution. When Thomas Edison built generators at the Pearl Street Station in Lower Manhattan and electrified the first street on earth, he opened the gateway to the electrification of the entire planet. Today, from outer space, we can view the earth at night, with entire continents set ablaze. Gazing at the earth from space, any alien would immediately realize that earthlings had mastered electromagnetism. We dearly appreciate our dependence on it any time there is a power blackout. In an instant, we are suddenly thrown over 100 years back into the past, without credit cards, computers, lights, elevators, TV, radio, the Internet, motors, etc.

Last, the nuclear forces, also mastered by European scientists, are changing everything around us. Not only can we unlock the secrets of the heavens, revealing the power source that fires the stars, but we can also unravel inner space, using this knowledge for medicine through MRI, CAT, and PET scans; radiation therapy; and nuclear medicine. Because the nuclear forces govern the immense power stored within the atom, the nuclear forces can ultimately determine the fate of humanity, whether we will prosper by harnessing the unlimited power of fusion or die in a nuclear inferno. 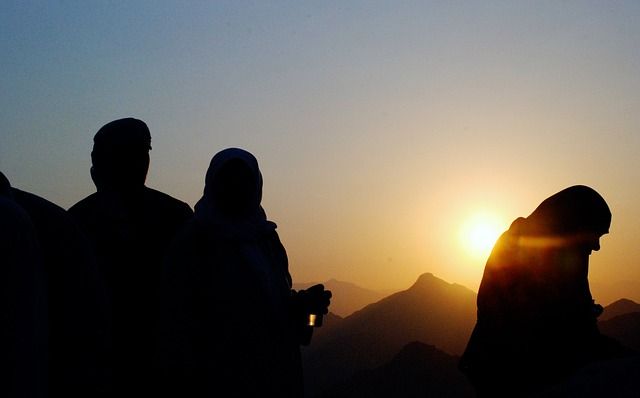 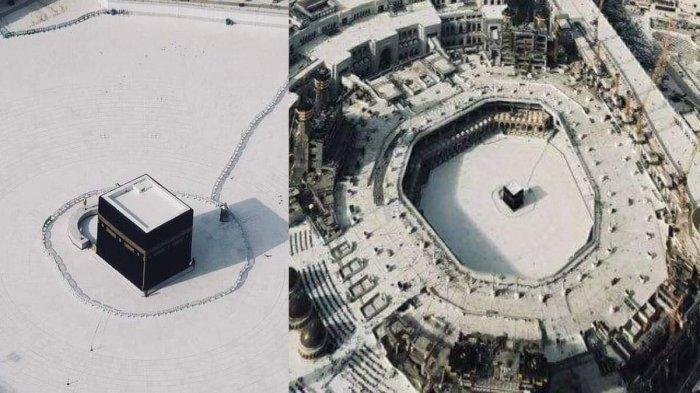 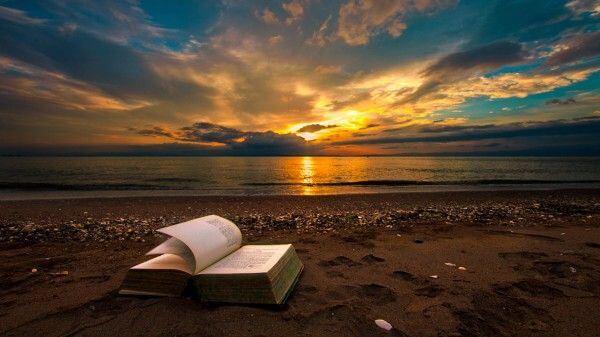 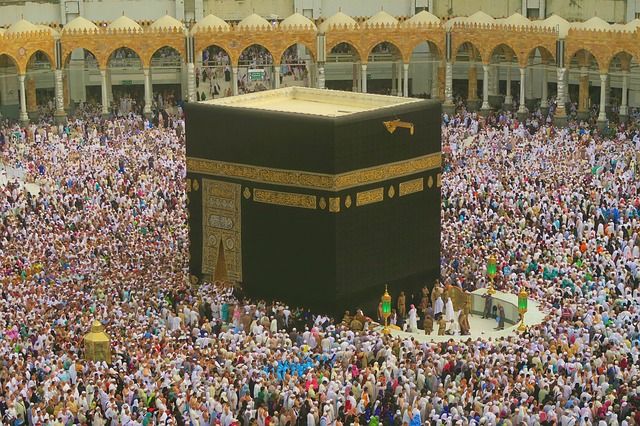